Shut Up And GRIND Podcast with Robert B. Foster, How to Reclaim Your Power After Trauma

Authority Magazine: How CJ Scarlet, the ‘Badass Grandma’, Is Shaking Up How We Think Of Body Safety & Self Defense

Business Confidential Now: How Adversity and Resilience Led to the Badass Grandma

How to Raise Kids to Protect Against Predators

How Adversity and Resilience Led to the Badass Grandma, podcast with Hanna Hasl-Kelchner

CJ Scarlet Gets “Creative” with RadioRed

How to Raise Kids to Protect Against Predators

Guys Who Do Stuff Podcast Interview with CJ

“Send thank you notes to people who help you along the way” to becoming a great author, an interview with authors Sara Connell & CJ Scarlet, Thrive Global

29 Personal Development Experts, Authors, and Blogs to Follow in 2019, Up Journey

Sex assault survivor: ‘Fight like a Taz’, The Daily Advance

How to Heal Yourself with Acts of Kindness, Podcast Interview with Duda

How to Create Inner Peace, Inspire Me Today

What Doesn’t Kill You Helps You Change the World, Career 2.0

CJ Scarlet: A Device and Mission to Stop Violence Before It Starts, The Story Exchange

Bizwomen: “This Sexual Assault Survivor Channeled Her Experience into a Device to Help Others”

Exit Event: “Meet the Woman Behind IoT for Self-Defense”

CJ Scarlet was dying. Years of depression and anxiety from childhood abuse and rape as a teenager resulted in post-traumatic stress. By 1990, the dark secrets CJ harbored and the stress they caused led her to develop two life-threatening autoimmune conditions which, in 2002, left her fighting for her life. By 2004, she was told her condition was terminal. CJ became so debilitated she had to crawl on her hands and knees to get upstairs, and she couldn’t lift a cup of coffee or hold a hairbrush. She became very deeply depressed and anxious about her impending heart failure.

Then CJ was offered the opportunity to meet privately with a Tibetan Buddhist lama who kindly but sternly commanded her to “stop feeling sorry for herself and start thinking of the happiness of other people.”

Daunted but determined, she began performing small acts of kindness—letting the mom with the crying baby go ahead of her in line, giving her cane to a woman who was struggling to walk and volunteering at the Red Cross after Hurricane Katrina. These simple, spontaneous acts made her feel a happier, so she did more. And the more she did the better she felt, until she reached a point where her heart was so full it no longer mattered whether she was sick or well, or even living or dying—she was filled with gratitude for each moment.

At that point, her condition went into remission—all within 18 months! Today, CJ feels better and happier than she ever dreamed possible, and she is thriving both personally and professionally.

An expert in survivors’ rights and advocacy, CJ initiated and co-chaired the implementation of the nation’s first statewide automated victim notification system which contacts victims before their perpetrators are released from custody. This award-winning system was selected as the national model by the U.S. Department of Justice.

CJ has given speeches and workshops at national and international events, and has appeared on numerous radio and television programs, including MSNBC and NPR. She’s the author of Badass Parenting: An Irreverent Guide to Raising Safe, Savvy, Confident Kids; Heroic Parenting (the PG-rated version of Badass Parenting), The Badass Girl’s Guide: Uncommon Strategies to Outwit Predators, and Neptune’s Gift: Discovering Your Inner Ocean.

The former roller-skating carhop, forest firefighter, and U.S. Marine photojournalist holds a B.A. in Political Science from Virginia Wesleyan College, and an interdisciplinary master’s degree in Humanities with an emphasis on human violence from Old Dominion University.

Named one of the “Happy 100” people on the planet, CJ’s story of triumph over adversity is featured in the bestselling books Happy for No Reason and Be Invincible. 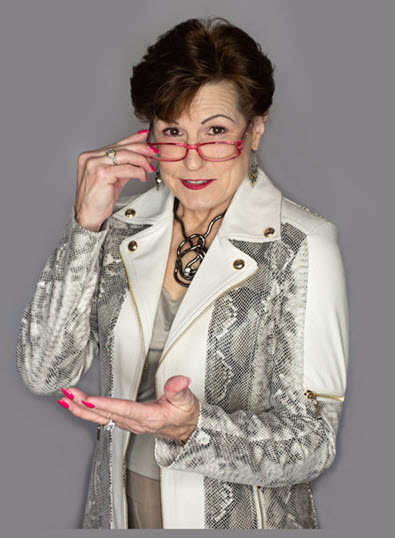 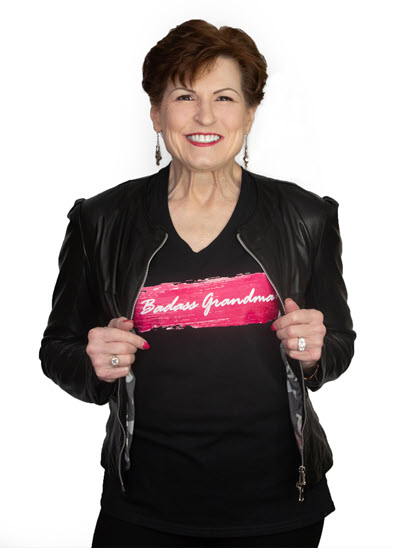 CJ Scarlet, aka the “Badass Grandma,” is a danger expert, survivor advocate, parenting coach, and crime survivor who holds a master’s degree in human violence.

Most importantly, Scarlet is the doting grandma of three precocious toddlers. She’s helped thousands of crime victims, but when confronted with the simple innocence of her grandchildren, she felt utterly helpless. How to protect them? More importantly, how to teach them to protect themselves?

Badass Parenting: An Irreverent Guide to Raising Safe, Savvy, Confident Kids and it’s PG-rated “twin,” Heroic Parenting, is Scarlet’s way of doing just that and, in the process, helping other parents protect their loved ones too.

An expert in survivors’ rights and advocacy, CJ has given speeches and workshops at national and international events; and has appeared on numerous radio and television programs, including MSNBC and NPR. She is also the author of The Badass Girl’s Guide: Uncommon Strategies to Outwit Predators and Neptune’s Gift: Discovering Your Inner Ocean.

Named one of the “Happy 100” people on the planet, CJ’s story is featured in two bestselling books, including Happy for No Reason and Be Invincible.